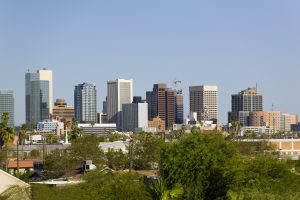 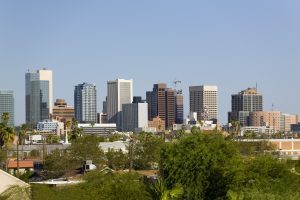 For real estate developers, Phoenix represents a great opportunity to locate and invest in commercial real estate projects due to the city’s continued growth.

Job growth continues to be strong throughout the state of Arizona. In July 2017,  job growth increased by 3 percent—nearly double the 1.7 percent growth the U.S. saw on average. This high rate continued throughout the year. The private sector carried the job growth with the highest growth coming from the education and health services sectors.

Many top employers are relocating their businesses to Phoenix. In particular, many logistics companies have set up shop here due to the city’s proximity to other locations in the Southwest, such as Los Angeles and Las Vegas.

Other strong industries in the area include:

The Phoenix metropolitan region is highly desirable for people from all demographics. The area attracts singles, families, snowbirds and retirees. With its attractive weather, strong growth and diverse economy, Phoenix will remain an appealing environment for commercial development.

Contact our project management team if you need assistance managing your development. You can also check out our current available properties or contact a member of our team for additional information on historical, current and forecasted trends in the market to help guide your business.